Our Pets and the Holidays post mentioned in the letter to our clients is not quite finished.  But here is a tip that particularly pertains to Thanksgiving. 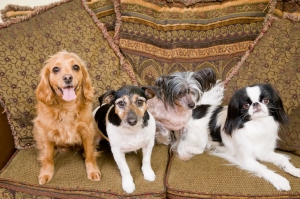 The Thanksgiving turkey or chicken will leave a lot of tantalizing bones.  Please don’t feed them to your pet, no matter how cutely they look at you.

Beware of cooked steak bones, too.  Cooked bones can splinter and small, sharp bones or bone chips can lodge in your pet’s throat, stomach or intestinal tract.

If you’d like to give your pet a Thanksgiving bone treat, please read our post on feeding raw bones.  We also have an additional post on the topic of raw bones.  It contains a few more general tips as well as information for people with multiple dog households.

The most important tip of all — Don’t forget your after meal nap! 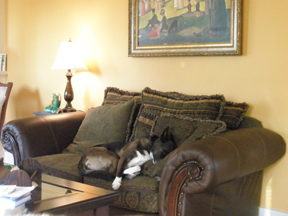 — Have a Wonderful Thanksgiving —

Though chillier than normal, it’s that time of year again.  The time of year we in the Pacific Northwest start mowing, thatching, aerating and 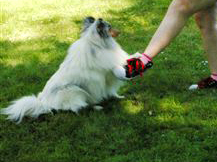 fertilizing our lawns.  We’re deciding what flowers and veggies to plant and we’re getting containers and garden plots ready for the seeds and starters we plan to put in as soon as weather permits.

We all want to make sure our lawn and garden is safe for our pets and kids.

END_OF_DOCUMENT_TOKEN_TO_BE_REPLACED

We want our kittens and cats to be healthy, happy and content, like our client’s kitty, Zoey, in the photo.  And we want them to have the best possible chance of staying that way their entire life. 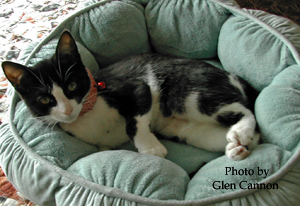 When is the best time to vaccinate?  Which ones are most important?  What about stories we’ve heard about adverse reactions?  There are seemingly a million questions.  We read almost as many opinions answering each of our questions on the web, in magazines and in newspaper publications. END_OF_DOCUMENT_TOKEN_TO_BE_REPLACED

We all feel just a bit nervous when we go to the doctor, don’t we?  Even when we know nothing is wrong and it’s just a routine check-up.  We may be a little impatient as we’re putting our coat on to leave for the doctor’s office. 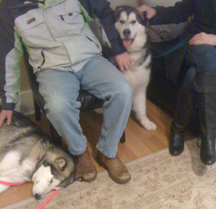 Cali and Jessie in exam room before their appointment

Or, we may be distracted and respond to the barista at the coffee drive-through more abruptly than we normally would on our way to the appointment.

Knowing this about people, most vets try very hard to keep the atmosphere in their clinics pleasant and relaxed to put the people and their pets at ease.

Of course, some pets are by nature more relaxed than others while waiting for the doctor.  As you can see in the photo, Cali is very chill in the exam room waiting for Dr. Frank, taking the opportunity to catch a few ZZZsss.  Jesse on the other hand, is more alert and perhaps a little anxious about the appointment.  Which brings us to a question our clients have asked…  END_OF_DOCUMENT_TOKEN_TO_BE_REPLACED

Punky at the Clinic

Here is a little of what the American Kennel Club website says about Cresteds:  “A fine-boned, elegant toy dog that craves human companionship, the Crested comes in two varieties. The Hairless has soft, silky hair on its head (crest), tail (plume) and feet (socks). Wherever the body is hairless the skin is soft and smooth.  The Powderpuff is entirely covered with a double soft, straight coat.  The two types often come from the same litter.  Any color or combination of colors is allowed…

It is believed that Chinese mariners sailed with this breed…  During the time of the Chinese plagues, hairless dogs were stowed aboard ships to hunt vermin. By the mid-nineteenth century, Cresteds began appearing in European art, and entries of the breed in American dog shows began in the late 1800s.”

In the photo, Punky is waiting for Dr. Frank on the couch in our reception area.  On to Harmony’s alternative exam. END_OF_DOCUMENT_TOKEN_TO_BE_REPLACED

Please feel free to share content and links. Credit and a link to Harmony Animal Wellness Center is appreciated.